Book Review of 'Poetics' by Aristotle. 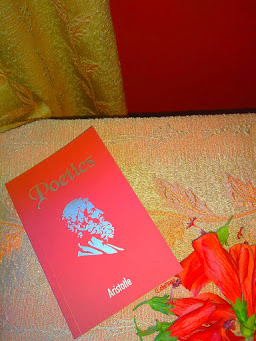 My initial reaction when I spied the book for the first time was disappointment. I was let down by the size of the book. It appeared too small for all the hype it has created in the literary world for all these centuries. It was after I began to read it that I realized why the adage ‘Great things come in small packages” makes sense.

The chapters are small. Some are only a page and a half long. But they are organized in accordance with one main theme or idea that is under discussion. Aristotle’s narrative is concise and to the point. The lack of frills in the narrative makes it a highly informative, enriching read.

What strikes us at once is the lack of an introduction or preface at the beginning.

“I propose to treat of Poetry in itself and of its various kinds….”

The first chapter seems to begin out of nowhere, without any introduction of the topic at hand. An uninformed reader would find this strange and disconcerting. But those who know a little history of the work would not be too surprised and may even know what to expect.

One must remember that this is a surviving work of the philosopher. Also, it has been widely believed to be a compilation of his lecture notes. Knowing this piece of information puts a lot into perspective. Further, the notes, if one may consider them as such, are not meant for the student’s reading per se. A lecturer would put down only the key points of discussion into his own lecture notes. Students would be able to write down only as much as a classroom environment would have allowed. So, it is fair to expect only concise points to be mentioned in the book. Had it been penned as a book per se, by Aristotle himself, we would have procured a far richer piece of literature than it already is. However, it seems detailed enough in its essence, for even the most uninformed student to follow.

A Slice of Ancient History

I felt a sense of wonder and reverence each time I picked up the book. This is a piece of literature that was penned in 335 BC!

Small wonder then, that I completely revelled in the thrill that shot through my veins, to be holding a piece of such ancient literature in my hands.

It is well known that the portion of poetics that has survived is the part that deals with tragedy. The treatise on comedy has been lost to mankind forever. No true student, or lover of literature, can read through the surviving work without ruing the loss of the rest that is lost.

Another important aspect worthy of mention is the second tidbit of history around it. Plato, the great philosopher who was Aristotle’s teacher, had penned an influential book called ‘Republic’, a Socratic dialogue, in the year 375 BC. It was about the governance of a utopian city state, and is one of the most significant works of philosophy and political theory in the world. Book 10 of the Republic made waves in literary circles mainly because in of his supposed proposal of banishment of poets, from his ideal state. While the arguments still flourish around the opposing interpretations of this ‘attack on poetry’ the relevance is magnified when one reads Aristotle’s Poetics.

I have not read the ‘Republic’. I admit I did not intend to, because I love poetry and have no inclination to read about the ban of poets or poetry from any state, not even in theory. However, knowing about its contents gave Aristotle’s work a new dimension.

Anyone who has no idea of Plato’s work will be able to read the ‘Poetics’ as a complete work in itself. Those who are aware of the ‘Republic’, would immediately connect Aristotle’s work as a series of counter-arguments, strong ones at that, against his own teacher’s work. Which literature student would not find this exciting?

How could one man possibly know so much?

The question never ceases to run across my mind every time I remember the sheer vastness his work. Attempting to answer this question only leaves us in more awe of the man. Aristotle did not give his opinions about literature alone. He spoke about everything under the sun and his brother, and then some.

The author introduction in the book begins as such.

‘‘An ancient Greek philosopher, psychologist, scientist, moralist, metaphysician and pioneer of former logic, Aristotle was born in 384 BC….”

He wrote books on physics, metaphysics, ethics, political philosophy and literary theory, along with knowledge on subjects such as aesthetics, governance, ethics, foreign customs, education…the list goes on. He even spoke about topics such as embryology, anatomy, astronomy and even meteorology.  Phew! The sheer diversification of his knowledge and work makes the detailed conceptualization, highly crisp presentation and convincing analysis more worthy of admiration.

Most well known concepts such as Hamartia, Catharsis and tragic Hero are introduced in the Poetics.

I have already mentioned that the book is a small one, a mere 103 pages to be precise. The readability is another aspect in itself. It is very easy and very difficult to read: easy for those who just read it like reading a novel or a magazine; but may be challenging for those who pause to think about the concepts, absorb the depth of information or even reproduce it in an exam.

The first point that got me thinking was in chapter one itself, which discusses the tenets of imitation.

“In dancing, rhythm is used without ‘harmony’, for even dancing imitates character, emotion and action without rhythmic movement.” (pg 10, Poetics, Chapter I)

But isn’t dance a combination of rhythmic movements of harmony? What is dance, but a harmony of music and movement? I wish he had elaborated more on what he meant there.

Aristotle makes multiple references to Greek characters from various plays. A reader who is well aware of Greek playwrights and their works, would be able to appreciate his points with more clarity. Polygnotus, Pauson, Dionysius, Nomes, Nichocharus, Dithyrambs and so on. The list is a very long one, and the whole book is interspersed with these references. However, it is possible to follow the line of arguments that are being made, as well as the examples though we may not know the complete background of the references.

The tragedies of most of our modern poets fail in the rendering of character and of poets in general, this is often true.(pg 25. Chapter VI, Poetics)

This line caught my attention because I recalled that the period that the philosopher referred to, is an ancient, or prehistoric one by our standards. One invariably wonders what Aristotle would have to say if he read the epic poetry of our very own modern epic dramas, such as 'Murder at the Cathedral' or even 'Tughlaq' for instance. Conversely, it would be an interesting exercise to observe how many of Aristotle’s tenets Eliot or Karnad have emulated in their works. But that would be an exercise for another day.

However, perhaps the most interesting point that provides food for thought is,

“The most beautiful colours, laid on confusedly, will not give as much pleasure as the chalk outline of a portrait” (pg 26, Chapter VI, Poetics).

What would the man say about the concept of Modern Art then? Contemporary artists may tend to agree and disagree as well. Most old-school art lovers appreciate fine lines and clarity in depictions of art, unlike the experimentation mode adopted and defined by modern artistic work. Modern artists may insist to have proven Aristotle wrong in this regard. Besides, for me a chalk outline is a gross reminder of a murder scene in today’s contorted world.

The detailed analytical aspects of tragedy are impressive. In chapter XVII, he says that Tragedy falls into two parts: Complication and Denouement. He further discusses many aspects of a tragedy that bring out the right effect for the audience to relish. These tenets may serve as valuable insights and valid requirements in any work of fiction, to enhance the thrill of its readability.

In fact all six elements discussed by Aristotle, namely Plot, character, diction, thought, song (which one can read as poetic or pleasing language) and spectacle are important for any piece of fiction, be it drama or otherwise, to be elevated to a better quality of literary work.

The best things about the book are the host of ample examples that he provides to substantiate each point under discussion. The most striking example is in chapter XVI, where he cites Oedipus of Sophocles to showcase how “recognition… that arises from the incidents themselves where the startling discovery is made by natural means” (59) is the best. In fact the whole chapter is resonant with various examples to validate each kind of recognition he elaborates upon.

The repeated mentions of Homer in glowing light entice the avid reader to pick up a copy of the Odyssey or Illiad, to enjoy the epic dramas through the eyes of the philosopher. Also, chapter XXI on language, where he enlightens readers about nouns, verbs, metaphors, phrases etc may be a joy to read for grammar-inclined readers.

Now, I come to the crucial parts that has surely irked not just the feminists, but also a multitude of women and men alike, across the world.

"Even a woman may be good and also a slave.Though the woman may be an inferior being and the slave quite worthless...but valour in a woman or unscrupulous cleverness is inappropriate."

Great thinker notwithstanding, this is where Aristotle shows us one of his own foibles, a gap in his ideology that was never completely explained. Why would a great thinker such as he, believe women to be inferior? One may never know. And some of us would never want to know.

Overall, this is a book not only for students of literature but also for those who enjoy reading historical literary work. More so, if they are inclined towards writing good literature. Budding writers will find at least a few useful pointers that may hold them in good stead while constructing, editing and reviewing their work.

As for me, every time I read passing mentions about comedy or laughter in the book, I felt a little pang. What would he have elaborated in the portion about comedy? A question unanswered, a mystery unsolved, a tragedy in itself.

Did you find my review useful? Do let me know.

Thank you for reading, stay safe and happy reading, readers.

Posted by Chethana Ramesh at 11:36