5 brainy ways to understand your man 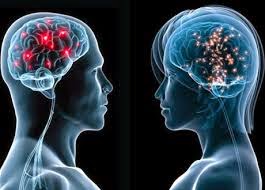 We can’t live with them. We can’t live without them. We’ve tried mom’s and grandma’s advice, not to mention tips from friends and well-wishers. We’ve diligently followed counsel from agony aunts. We still end up having tiffs over nonsensical stuff every other day. Maybe we need to look at more brain-science to figure him out all over again.

Well, it doesn’t take a good reason for a spat to arise. It doesn’t even need much time to escalate. I’m tired of hearing the clichéd phrase ‘Men will be men’ for every other complaint I have against all men in general and my man in particular. I’m especially weary of listening to how women should compromise and give in because, you know, ‘men are like that only’. And I know I’m not alone when I feel this way.


I’m also tired of the expression ‘Women cannot be understood’, simply because it’s not easy to understand what goes on in a man’s mind either, at least most of the time.

I thought about this some more, conducted some research with my trusted friend Google and came up with a few pointers to put up with the day-to-day hassles that plague our lives. It all starts in our brains and the better we ladies understand what goes on up there, the easier it is to deal with him and vice-versa. This is backed by research, so I conclude that this has got to be right. Besides, this innovative study performed on around 950 men and women (between 8-23 years of age), found that neural connections in male and female brains differ substantially. Not that we needed studies to tell us that, after all, didn't we pour over the Mars-Venus series ages ago?

Anyways, my research-cum-inferences have been somewhat useful in controlling my humungous temper, especially in the wake of our ever-alert children waiting to absorb our juicy verbal clashes. This led to rehashing 5 common scenarios in everyday life followed by 5 lessons learned from each of them.


It all started with my Smartphone. Or the day I discovered the joys of FB and WhatsApp. Well, like most women, I don’t have all the time in the world. I still feel the need to keep up with friends. Social media helps. In fact, it improves my knowledge about happenings around the world in a far more interesting and widespread setting than dreary newscasts on TV or even the newspapers. Plus, the intelligent comments of my super- intellectual friends leaves me craving for more.

Now, he is terribly annoyed when I sauté vegetables with one hand while phone-browsing the web with the other. Why can’t I do one thing at a time? Because my dear, I’m short of time all the time, I reply. Besides, multi-tasking comes naturally to me. Why, I can even help my little one with her homework while listening to dialogues on TV while I’m ‘cook-chatting’, so to speak. And all women can do the same, if not more, I assure him. For, no matter what men like to believe, we women are a truly gifted lot.


Which is why, the great multi-tasker in me makes me roll my eyes when he mutes the TV volume to answer his phone. He is irritated at my expression.  And I’m driven up the wall in fury when his call lasts forever and the TV stays silent till my favourite show is over...that’s just one of the ripe scenarios for our infamous squabbles to begin...

Lesson learned: So, ladies, next time he grumbles about your ‘cook-chat-TV-browse-tasking’, tell him that it’s just the effect of distinct neurological connections. And enjoy the flummoxed expression on his face...That’s what I did.


Our child is whining for no apparent reason at the end of a long and tiresome day.
He says, “Baby is hungry”.
“Nope, I fed her just twenty minutes ago,” I reply.
“Baby is sleepy,” he tries again.
“She’s just bored,” I insist.
“Why don’t you make her stop?” He is incensed.
“She only wants her cartoons, not your news channel,” I respond. I’m furious too.
No one noticed that the little brat in question has now stopped whining, in wondrous enjoyment of the drama unfolding before her...

Next time you want to argue about ‘who knows better’ remember Darwin. No, really, it all boils down to evolution. Women are more empathetic, our Emotional Intelligence (EI) is way ahead of that of men. Long ago, in a society of hunters and gatherers, men needed to possess keen sensory reflexes to spot their prey in the wild. They needed to kill their catch without feeling the pangs of remorse that plague the opposite gender. Men also designed lethal tools to hunt down food owing to their enhanced motor capabilities. On the other hand, nature made women more empathetic, endowed with greater EI, which is why mothers intuitively respond to the needs of babies and children.


Lesson learned: Remind yourself of your high EI quotient every time he argues about the children. It’ll remind you to be proud of being a mother. Isn’t that a superior enough reason to forgive him his lack of understanding the children as well as you do? I think it is.

I park the car in the parking slot. Good enough, right? Wrong. According to him, it is parked at an angle of 15°W of the slot. So what?
“So, it not at the exact centre,” he clarifies.
“So what?” I’m still clueless.
“So, the person parking next to our slot can’t open his door properly”.
“Let him open it halfway then,” I say doubtfully.
“What if the person is fat?” is his expert query.
“Ask him to lose weight,” I quip in annoyance.
“Hand me the keys, let me park it properly,” he says with quiet assurance.
I catch the superior air in his tone and want to fling the keys into the drain...

Been there, done that? Well, men are gifted with stronger spatial abilities and are able to mentally represent a shape and its dynamics, whereas we women typically struggle in this area. According to experts, women are blessed with a thicker parietal region of the brain, except that it thwarts the ability to rotate objects mentally, which is an important aspect of spatial ability. This can’t even be honed by environmental influences as research has shown this ability to be prevalent in 5-month old babies!

Further, women use the cerebral cortex for solving problems that require navigational skills, which is why we are more likely to rely on landmark cues for directions. I can always spot our parked car among the sea of vehicles long before he even figures out where we are. That’s because I notice the ad hoardings flanking the area, of course.  Men use an entirely different brain part, mainly the left hippocampus, a nucleus deep inside the brain that's not activated in the women's brains during navigational tasks.

Anyways, he parked the car in the exact centre of the slot. The parking areas next to ours remained empty when we returned hours later to retrieve the vehicle. So much for spatial abilities, I scoff inwardly.

Lesson learned: Ladies, next time you go out together, remember to give him space to do what he’s good at and likes doing. And before the feminist in you begins to protest, relax against the plush leather and enjoy the music, while he plays your chauffeur to manoeuvre the awful traffic. Sounds good? I thought so too.

I’m talking about the brain, of course. I’ll start from the beginning. One of my long-lost girl-friends called. We hadn’t spoken for ages and had tons to catch up with. After I hung up I noticed his incredulous expression.

“You spoke for more than an hour, how can you gossip so much?” His tone borders on accusatory.
I’m chagrined to recognise that I almost feel guilty about my most natural and basic gift: Talking.


It so happens that men have larger brains, around 10% bigger than that of women. Don't fret, ladies. Bigger size does not necessarily mean smarter. There, that rings true, doesn't it? Although male brains have about 6.5 times more grey matter (thinking matter), female brains are endowed with more than 9.5 times as much white matter. Further, the frontal and temporal areas of the cortex are more precisely organised in women and are bigger in volume. This functional benefit results in dominant language skills, which gives us more advantage over males: the eternal gift of gab. Remember, no matter what anyone says to the contrary, our language skills help us build and sustain fruitful relationships.

Lesson Learned: Chatter away, ladies. You were designed that way. And next time he cribs about your huge mobile bills, swallow your pride and tell him you can't help it, because you have a smaller brain. It would appeal to his male ego too...if that doesn't allow you more talk-time, what will?

No, it’s not about cricket. It’s a lobule, not a league. Let me explain. He loves Math. I love Science. Big deal.
He says, “Math is interesting and logical”.
“Please, Science is the essence of life,” I reply.
“One can’t live without numbers, no wonder you struggle to manage your finances,” he insists.
“One can’t live without science either, no wonder you ignore the ill-effects of smoking,” I counter.
The argument has begun without our knowledge.

Over to the IPL now. It’s an area of the brain called the ‘Inferior-Parietal Lobule’ (IPL). Fortunately for the males, the IPL is larger, especially on the left side, than in women. This area of the brain controls mental mathematical ability. This is why men often perform better in math-related tasks than women. Interestingly, this very region of Einstein’s brain was discovered to be abnormally large. No wonder, the world had only one Einstein...

This disparity has been noticed in children too. Many parents find that their sons generally demonstrate superior skills over their daughters in math. A recent study that measured brain development in more than 500 children indicated that these areas of the brain mature about four years earlier in boys than in girls.Further, the research concluded that math ability in a 12- year-old girl equals that of an 8-year-old boy. Sad for girls, but probably true.

Don’t let your daughter fret about her math scores, though. The same research found that areas of the brain involved in language and fine motor skills (like her handwriting) advance about six years earlier in girls than in boys. I’ll bet your daughter writes far more neatly than your son...The IPL also processes sensory information, and the larger right side in women allows them to converge on precise stimuli, such as a baby’s cry during the night. After all, child-rearing is a science in itself.

Lesson learned: So, all you ladies who rely on calculators to work out your bills, just pass them along to him with a sweet smile. After all, he’s probably more equipped for it. It’s more fun to follow Virat Kohli’s scores with him, don’t you think? Hail IPL...

There, you see ladies, it’s not him. It’s just his brain. Let’s learn to put up with the species of the other gender for what they are. I know it’s quite hard to live with him, but let’s admit it: Perhaps it’s harder to live without him. Do let me know if you agree.