Short Story : A Few Cents Only.

We have become inured to an unkind world, so much so, that we tend to believe in the innate selfishness of people in general. While it is easy for us to be kind to the people we love or know, it takes some measure of large-heartedness to be kind to strangers.

Darwin’s theory of the ‘survival of the fittest’ iterated that it is a basic human instinct to survive by looking out for ourselves. And in the race for survival, we tend to forget that Darwin also believed that man is a social animal, a profoundly caring and compassionate species of nature.

I was busy working from home last week, preparing a module for trainers, about the topic ‘Compassion’. Accustomed to regular Google quests for relevant material, I failed to realize that every one of us has a storehouse of stories within us. These are embedded so deep in our pasts that some experiences, learning and nuances of our lives remain in existence solely within our subconscious psyches.

Sometimes, effective research lies in looking into our own experiences that have affected us and enriched our lives. It was an unexpected stroke of inspiration that made me put down this experience.

In fact, I had sent a miniature version of this story to the ‘Strait Times’ of Singapore and it was published in their island-wide newspaper too. It was good to relive my experience that reminded me of the prevalence of goodness in the world.

A Few Cents Only. 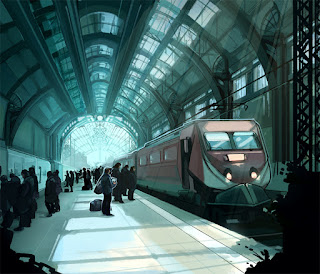 This incident happened to me a few years ago, in Singapore.

It was the time of recession when I first arrived there and I was desperate to find a job. My visa was valid only for another five days and I'd have to return to India if I could not land a job there before that.

I was still getting used to the advanced technology of the country. There were no smart phones in those days and I was yet in the process of learning the ropes of using smart cards and cashless transactions. I thought I would be able to manage for some more days using only cash to buy whatever I needed.

On that day, I got a call for an interview at one of the companies I’d applied to. Elated, I ensured that I started from home one hour earlier than the stipulated time, although it would take only half an hour for me to reach the place, because I wanted to reach the venue early.

Now, the thing about Singapore is that, each area of the whole country looks similar to the other. The green landscapes, MRT stations, block and blocks of tall apartment buildings. It is very difficult for a newbie in the country to be able to tell one area from another, unless it is a unique location like Raffles place or Marina Bay.

The receptionist had told me to reach the MRT (Mass Rapid Transit) station and then call her for directions to reach their office, as it was a little confusing to find the address.

I got off at the ‘Little India’ MRT station and looked around me. I pulled out the newspaper advertisement from my file and fished out my tiny handset to call the number of the office. To my utter shock, when I dialed the number, I heard a message saying that there was not enough balance to make a call! What a disaster!

I couldn’t remember when I had used up all my currency. I looked around the MRT station, wondering what to do. I wasn’t yet familiar with using a debit card to load currency, those were the initial days of the technology boom. Most of us just added currency from a mobile store in the vicinity of our homes. Now, in this unknown country, I was stuck with a useless mobile in a new area, running late for an important interview.

Just then, I spotted a row of telephones on the wall to one side, where one could insert 10 cents and speak for two minutes to any number within the country. And we could insert more coins if we wanted to continue the call.  Elated, I fished out my wallet for some coins to make the call. But, as luck would have it, I had no coins on me either. I stood staring at two, five and ten dollar notes in my wallet.

I was close to tears. Would it be appropriate behavior to ask someone for change in this country? I wouldn’t hesitate to do that in India, but was it alright to try that here? I wasn't sure.

Would it be better to look for the address by myself? Past experience had taught me that the streets could be very confusing (no GPS facilities in those days). I knew that I would be late if I tried to walk around unknown areas looking for an address that was supposed to be confusing already.

I looked around frantically wondering whom to ask for ten cents worth in coins, in exchange for a two-dollar note. Everybody around me seemed to be in a great hurry. People rushed about here and there, purposefully. Whom should I stop to make such a ridiculous request?

Just then, I saw this boy, a tall and lanky, jean-clad Chinese teenager. He sat on the floor against the far wall, presumably waiting for someone. I walked towards him and caught his eye. He noticed that I seemed to be in a fix about something and raised an inquiring eyebrow.

Would he understand my Brit-Indian English accent? I wondered. I had to try. So I explained that I needed to make an urgent phone call, pointing towards the phones.

‘Use coins,’ he instructed.

‘No coins,‘ I replied. ‘La,’ I added for an added effect. I’d learnt that ‘La’ happens to be the equivalent slang of ‘Ya’ or ‘Yaar’ in India.

‘I have no coins la,’ I repeated again.

‘Oh, here,’ he handed me a card. It was similar to the kind that we used for MRT and bus transit. (yeah, the same ones we have in Bengaluru now, too). I blinked. What was this supposed to do?

‘Insert it and make call,’ he instructed.

‘You must insert it in the calling machine and make calls,’ he repeated.

Thankfully, I rushed back towards the phones and put in the phone-card into the last machine. It turned out that only one machine had the card facility in it, which he pointed out to me.

A few minutes later, I had noted down the landmarks to the office in question. My gratitude knew no bounds as I returned the card to the stranger. I try to hand a two-dollar note to him and requested him to deduct the cost of the call, but he just waved it away.

‘It was a few cents only. Does not matter at all,’ he smiled.

I thanked him profusely again and hurried out of the MRT station. I managed to find the venue of the interview, just before the specified time, grateful for the compassion of strangers in a strange country.

Needless to say, I did land that job and stayed on in Singapore for another three years. I subsequently saved enough from my earnings, to enroll myself into an M.Sc course at NTU, which I graduated from with flying colors.

All of this may not have been possible, if I’d been unable to make the call at that particular time on that day. My life could have changed for the worse if I hadn’t found the job, if providence had not placed that teenaged boy at the MRT at my time of strife.

In my hurry, I regret that I did not even ask his name. But every once in a while, I do recall the kindness of a Chinese stranger, who changed my life with ‘a few cents only’.

Posted by Chethana Ramesh at 04:30