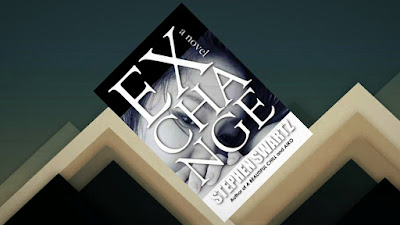 Book 23 of the year is yet another Stephen Swartz novel. A different book altogether, from the first one I read called A Girl called Wolf and yet with the same style and challenging theme of unconventional man-woman relationships as The Beautiful Chill. I say challenging because it is never easy to pick up a sensitive topic such as this one and pull it off without sleaze or cringe-worthy sequences along the way. The female characters taking a lot of precedence in the story is a common theme in all the books of the author.

The topic in question is love, with all its rules and demands of propriety to cater to demands of rules, drawn by society. However, there is a larger, sinister backdrop to it – a brutal senseless murder, loss, loneliness, fear and the journey towards recovery.

Most important is the powerful social message about the horrifying gun-culture rampant in America.

Sensitive, well-etched out characters seem to be this author’s forte. Bill Masters is in pain, trying to cope and the edge of his tether of sanity. The suicidal progression, where a victim of trauma kills himself without doing anything, but sleep at home, seems to have already kicked in when the entry of a girl changes everything.

It is a nice twist that the girl is an exchange student, from China, of all the places. Bill Masters and Wendy Wang, an unlikely pair with an age-difference that merits her calling him 'Daddy' in all innocence.

The protective instincts coupled with suppressed desire waging war within a middle-aged man is what the story is all about. The flashback events of Bill’s family are portrayed with smart revelations of what’s needed at any given point and yet, retain ample suspense to allow surprise as the story moves along.

As in the other books I’ve read of the author, his characters fight convention, either in a mild but assertive way or in a blatant, nonchalant way – the latter seems to be the forte of the female characters, which makes the story all the more compelling to read.

I liked how the story began right in the middle of the angst, after the killings have happened. The suspense is built up, un earthing layers little by little. The awkward situation of a middle-aged man having to host a teenage girl in his home, is brought out with finesse. The change in the equation between them is unpredictable and adds to the suspense. The angst of death and thrill of constant danger makes this story a compelling package.

I was surprised by the end, again, as in the other books. I expected something similar to the last one I read, A Beautiful Chill.

Stephen Swartz writes against convention, his stories examine the crux of what forms ‘proper’ code of behaviour and whether that code always makes sense under different, difficult circumstances, or not.

Simple straight-forward narration with impeccable vocabulary makes the book an easy read. It is amusing how the Chinese Wendy leaves out articles in her sentences and the English teacher in Bill keeps correcting her, almost to no avail.

The pun on Mister Masters, the English master is not lost on the reader. The slang of America, which makes little sense, especially for words like Daddy, is showcased with finesse. Wendy’s questions bring out the loopholes in the commonly used slang, when she tries to understand why Daddy has sinister connotations or when she asks her friends what they say when somebody is just sleeping next to someone, without making love. I am sure a lot of us would want to know, given the tricky contortions rampant in the common vocabulary.

There are bad men in the world, yes there are. There are also many psychos, even teenaged ones, who need help and aren’t getting any. There are guns, available to these psychos to go on a rampage and kill innocents, to make statements.

Amidst all this, are a few good men. Men who try and succeed in retaining their innate sense of decency and immaculate behaviour. Most important is the respect some men retain for the woman race, even when opportunity taunts their mind or while their hormones may be raging for release.  Bill, who never takes advantage of the innocent (or not-so-innocent) Wendy is an eye-opener and reminder to people who are tired of the ‘dirty old men’ of society. And yes, there is a strong statement of the license to love between consenting adults, unwritten rules be damned.

And for this portrayal of the sensitive morality of the good men, I rate extra points for the book with 4.7 out of 5.

Do my reviews strike a chord? Follow my blog for more.

Posted by Chethana Ramesh at 18:36