Depression (major depressive disorder or clinical depression) is a common but serious mood disorder. It causes severe symptoms that affect how you feel, think, and handle daily activities, such as sleeping, eating, or working. To be diagnosed with depression, the symptoms must be present for at least two weeks. Some forms of depression are slightly different, or they may develop under unique circumstances.

I wrote this story attempting to place myself in the mind of a depressed girl, with suicidal tendencies. The writing style I have adopted is slightly different from my usual one, in that it uses a crisp and repetitive form of language. 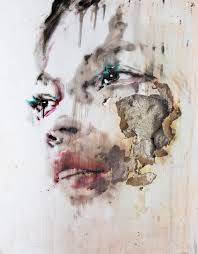 Posted by Chethana Ramesh at 09:14