I personally feel that writing humour is harder than penning tragedy. It is easier to make people cry, than to make them laugh, at least through written words.

Humour allows the writers to connect with the readers, because humour is amazing in its universality. It helps to lighten the mood and make room for readers to like the character, despite the obvious flaws.

My last story, 'The Only Trusted One' , was a tragic tale. I have tried to redeem the smiles and retrieve the laughs for those of you who felt too depressed after reading the tragedy, with my next tale. 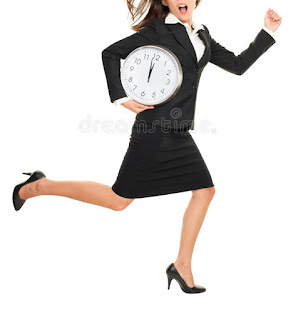 ***
Amazing!
Spectacular!
Awesome!
You were fantastic!
I tried not to smile too hard, even as the volley of praises continued to stream around my compliment-starved ears.
The applause refused to die down; someone even whistled their appreciation from the middle row. More and more people began to leave their seats and approached me to grasp my palm for handshakes.
‘Ma’am, thank you so much! Your stories were hilarious and very inspiring!’ gushed a lady in a bright red Kanchi saree, who was at least two decades older than me.
I tried to catch my breath, even as I tried to stem my exhilaration and thank the hoard of people who milled around me.
I caught D’Souza smiling at me with a thumbs-up sign, above the heads of the people and almost blew him a kiss in my exulted state.
Nearly an hour later, all the organizers bid goodbye to the last of the guests and gathered at the back of the hall, reveling in the huge success of the show.
It took me ten minutes to realize that Arora was nowhere to be seen, yet.
And then I spied him, as he walked in the door, in his crisp grey suit and red satin tie, his black leather shoes gleaming with multiple ministrations of shoe-shine.
‘So, were you guys able to handle the crowd without goofing up?’ his voice resounded with the same smug authority it always possessed.
I stared at his face, looking for something…at least a hint of apology or regret in his expression, and was flabbergasted to see that he actually behaved as if nothing had happened.
‘And you,’ he charged at me, all of a sudden, with renewed vigour.
‘Ah, here it comes.’ I squared my shoulders and stood taller, waiting for the accolades to pour in, from the man who had terrorized me for the last three years I’d worked for him.
‘You’re fired!’
I smiled, not because I didn’t hear him, but because I thought I’d heard him wrong.
‘Get out, before I throw you out in disgrace!’
I still smiled, except that the smile was now frozen on my face, in complete disbelief.
‘I heard about it from the receptionist. A full thirty five minutes late. I’d especially warned you yesterday to be an hour early, hadn’t I?’
‘But…,’ My mind began to work again, though my tongue still seemed to be tied up in knots.
Four minutes later, I found myself outside the hall, just like that, wondering what had just transpired.
And then, my mind cleared. The fog dispersed from my senses in crystallized clarity. I turned around to face the huge brown door that had been firmly shut in my face.
Arora was still talking to the team, firing questions at Rubin, a frown on his face.  D’Souza was the first to see my approach, confused chagrin on his features. I rewarded him with a dazzling smile, before the group around Arora cleared the way for me in hushed anticipation.
‘Well, Arora,’ I looked him in the eye. ‘I’ve been dying to do this for three years, two months and 14 days now. That’s how long I’ve put up with your crap.’
The collective gasps were barely audible, against the resounding echoes of the four slaps I delivered with unerring precision on Ashutosh Arora’s lean cheeks. My heels clicked a triumphant tune, as they ferried me out of Hall#3 of the Casa Vista hotel for the last time.

Posted by Chethana Ramesh at 07:45