Short Story 20 : The Only Trusted One.

'There are two tragedies in life. One is not getting your hearts desire. The other is to get it.'

'Tragedy is like strong acid - It dissolves away all but the gold of truth.'

A Tragedy is a work of drama that involves some type of human suffering as its central premise. A good tragedy evokes fear and pity in the reader and lead to a feeling of catharsis or a purging of strong emotions.

There are two types of tragedies:
1. Classical Tragedy: where the protagonist is the tagic hero who realizes his flawsa t hte end but it is usually too late to correct himself/herself.
Egs: Orphelus, Oedipus, King Lear, Othello, etc.

2. Modern Tragedy: Common people want common things and act through impulses and instincts rather than through some tragic flaw. The tragedy that befalls them is a result of social situations rather than divine justice being dealt. Modern tragedy adds the element of irony.
Egs: Devdas, The Great Gatsby, Jack from Titanic.

I have chosen to write a story that is a modern tragedy, complete with the element of irony in it. I do hope it tugs at some heartstrings and unleashes the tear-glands along the way.

The Only Trusted One. 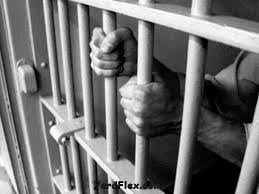 Knock, Knock, Knock….
The raps seemed to come from within him, from deep within his fast beating heart. Sunil woke with a start.
‘Open up! We know you’re in there!’ The voice was harsh. Sunil recognized it at once, although he’d never heard this one before. After all, which thief doesn’t recognize the cold authority and arrogance of the men in power?
He had to hide at once!
Where? The attic? No that would be too obvious.
The bathroom? No, they would look there first. He had to get out of the house…
Munna stirred & muttered something incomprehensible in his sleep. Sunil ran a hand wistfully over the child’s head before he leapt up the torn cane chair. He reached up to remove the loose pink tiles that barely covered the corner of the tiny bedroom, even as he heard Shamala begin to unlock the rusted bolts on their door.
‘Coming, sir...,’ he heard her call out.
‘Nooooo, wait! Don’t open the door yet!’ he wanted to yell at her, but that would give him away to the men at the door. After all, they were only seven feet away, beyond their tiny room that passed for a hall-cum-kitchen of his house.
He had already raised himself over to the slanting roof and was replacing the tiles, when he heard Amma’s loud sobs from her wooden cot in the corner by the kitchen. The harsh noise of brash feet trampling the faded red-oxide floor of his home, made him want to turn around and wring the policeman’s neck, but he knew that wasn’t bound to happen.
‘Sir, he is inside.’ Shamala’s voice was low, but those were the last words that Sunil heard, before he pulled himself deftly above the low wall in the backyard and ran out to the adjoining street.

How had they found him so fast? The question revolved around his mind even as he stopped to rest at the nook in the broken compound of the abandoned house on the street corner. Maybe someone saw him and informed the police or maybe there was a CCTV somewhere that he had failed to notice…
After all, he had left no clues whatsoever at the last place he’d burgled. He'd even discarded the clothes he’d worn at the last job at the other end of town.
Twenty thousand rupees was all he’d been able to make after all the trouble he took to open the lock of the parked car in the basement of that flashy apartment in Lincoln road. It helped pay for Amms’s arthritis treatment and the first installment of Munna’s school fees. He hadn’t missed the fleeting disappointment on the child’s face when he realized that he wouldn’t be getting new shoes, for now. Sunil wanted to tell Munna to wait for some more time, until he got another ‘project’ but then, how does one explain a job like his to a six year old?
Shamala said nothing, when he’d bought the monthly groceries last evening. She was unusually quiet; maybe her PMS was acting up again.
He felt a pang when he realized that he’d been unable to say good bye to her. God alone knew how long he would have to stay in hiding this time.
Shamala, the love of his life. She still had the figure of a teenager she’d been, when she’d eloped with him all those years ago. Being a mother only enhanced her raw beauty.
He was exhausted. Bone-tired. He’d barely slept a wink from the past three days…maybe he could catch a few winks in the house. It was the same house he lived in, every time he needed to go into hiding from the cops.
Sunil sneaked up to the back window that had a broken glass and carefully let himself in without touching the jagged edges, like he always did. Five minutes later he was fast asleep on the bare floor of the bedroom, on the first floor, with his arm folded under his head.

‘Sorry.’ That was all she said. Her voice was husky, a lot softer than it usually was.
Shamala tried not to sob, but failed miserably. Sunil said nothing. He didn’t even look up at her. He didn’t want to.
She wept for a full five minutes by the iron bars that confined him, until the policewoman on duty began to shoo away the visitors.
‘Sorry,’ her voice cracked under her sobs and when Sunil finally looked up, he saw her retreating back through the rods of his cell, her shoulders drooped and still racking under her agony, her long plait swirling like a graceful serpent around her firm buttocks. She had worn the red saree he had first bought for her after their simple temple wedding all those years ago.
He still could not believe it. Could not wrap his mind around the fact that his own wife, his only love, had betrayed him to the police. And for what? A mere fifty thousand rupees?
They had lied. The businessman had lied to the police that Sunil had stolen a briefcase with ten lakhs in it from his car. All Sunil had found in his fancy Audi was twenty thousand rupees in the glove compartment.
But then, who acknowledged the existence of real criminals, more ruthless than mere small-time thieves, such as himself?
The second lie was what did him in. They had not paid a penny, not even a thousand of the promised fifty to Shamala. Despite the fact that they convinced her that it was for her own safety, her child’s well-being…the businessman had promised to take care of Munna’s education for life, if Sunil was caught. And it had taken the police only half an hour to catch him from the abandoned house he’d been asleep in. After all, Shamala was the only one who knew his regular hideout.
Shamala, the only one he truly trusted in the world.
Sunil clutched the bars until his knuckles ached, as he stared at the door from where she had disappeared, long after she had left the station.

‘Come, get up.’
The constable gave him a look that Sunil could not comprehend. Pity? Sorrow? Or a mixture of both?
‘Where?’ Sunil pulled himself up slowly, trying not to wince at the piercing aches in various parts of his limbs where the overzealous inspector had pounded his lathi over him. The police were yet to get a full confession of his nonexistent crimes from him, but Sunil was adamant not to buckle under their relentless pressure tactics.
‘Follow me.’ Narayanappa’s voice was quiet. Sunil had known Narayanappa for many years now. The old man had served with the Arya Nagar police, from long before Sunil had taken to a life of crime.
He was almost like a father to Sunil, except that he was on the right side of the law and never forgot to remind Sunil of that, whenever he had the chance.
‘Saar, where are you taking me?’ Sunil asked again, when Narayanappa clicked the handcuff around his wrist before he hailed an auto.
The ride took only 18 minutes, despite the rush hour traffic of the early office goers on a Tuesday morning
They made the turn towards the slum where he had lived for three years. Sunil could not comprehend why they were taking him to his house in handcuffs…they wouldn’t have handcuffed him if he had been granted bail…right?
He noticed the crowd of people long before the auto ground to a stop in front of his house. His face lost color even as he thought in panic, ‘Amma? Oh no, God…not Amma!’
And then he saw them.
Three still forms, covered in white bed-sheets, on the hard ground, laid one next to the other, outside his door.
‘Poor girl, fed her son and mother in law with insecticide before she killed herself…’ the words faded in and out of his conscious. They were uttered by someone in the crowd to someone else he knew but couldn’t place, or couldn’t even see, because he couldn’t tear his eyes away from the three lifeless shapes, that lay in the narrow street in front of his ram-shackled house.
The pungent scent of cow-dung water that Shamala had smeared on the ground outside their door that same morning, reached his nostrils, before the sickly-sweet assault of agarbathi smoke. She now lay on the dotted rangoli that she had drawn with her slender fingers…
Her red saree’s pallu stuck out from below the pale sheet they had covered her with. And jet black hair of his only child, the hair that he had so lovingly stroked less than 24 hours ago, peeked from beneath the tiny form, beside the body of his mother…
That was the last sight Sunil saw, before the murky green ground rushed up to meet him & blessed darkness closed like a cloak, around him.

Posted by Chethana Ramesh at 01:39