Being Kafkaesque, is an expression that arose from the adjectivization of Franz Kafka, the famous bohemian novelist of the 18th century.


It refers to nightmarish situations that most people may encounter or relate to, although they seem strongly surreal. It is strongly characteristic or reminiscent of the the oppressive qualities of Franz Kafka's works of fiction.

His seminal fictional world had a strong premise of cruelty, insularity and lack of forgiveness in them and Kafka's characters populating this world, are often seen to be powerless against the absurdity of events happening to them.

This story is based on a Kafkaesque theme, with an attempt to connect weird surrealism it to blatant reality. 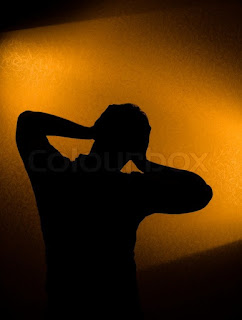 ‘I love you, baby…’ His voice is hoarse, almost a whisper. He attempts to clear his throat and ignores the old man. He must say it again, in a clear voice.

‘I love you too, Madhu..’ Neha smiles. He stares at her, dumbfounded. Can’t she hear it?

‘I love…’ he attempts a reply, but no sound emanates from his lips. His eyes are drawn, without his permission to the sound, to the source of the clear beats behind Neha.

‘I’ll see you tomorrow, after I wind up at the theater. Take care then,’ she picks up her books, purse and shades, bends down to place a peck on his cheek. His girlfriend of two months, the celebrated actress, Neha Kaur, who has promised him a break in the industry, turns on her heel with a dazzling smile and walks towards the exit.

Can’t she see him? She walks right past him, no way she could have missed that old asshole, and yet...

The old man stops clapping. His wheelchair turns in a smooth curve and moves towards the exit, a few paces behind Neha.

A bead of surreptitious sweat rolls down, behind Madhu’s ear. What the hell is happening? Who is that bastard? Where does he come from? How does he appear all of a sudden, whenever…

‘Bill, saab!’ The waiter plunks a piece of paper, in a small stainless steel plate in front of him. Madhu fumbles in his wallet, pulls out a 500-rupee note, & puts it atop the bill, barely glancing at it. He stumbles his way towards the door, unaware of the now smiling waiter, who is saluting his back gleefully, for the ridiculously generous tip for a mere cup of tea.

He would follow the old man today. And…ask him. How? Why?

How did he know?

How did he know when to appear? It was now obvious to Madhu. Madhu was no fool.

An accomplished liar is anything but a fool. And Madhu is a specialist.

Wasn’t it he, who had convinced the principal of his school to part with 200 rupees to treat an imaginary ailing mother, the day he wanted to miss the math exam?

He, who had even fleeced the house maid of most of her salary, with that cock-and-bull story of a severe stomach ache, to treat his friends to Jim Carrey's blockbuster, 'Liar Lair' in college. His father had caned him for that, when he found out, but Madhu still smiles at the fond memory of the con.

Making fools out of people is an art. And he is a talented artist, indeed. After all, he has been practicing all his life.

All had been well, until that fateful day last week. He'd been going to meet Neha after work, when the  accident happened. If only he'd seen the policeman waiting patiently behind the truck to trap motorists who flout the rules, but of course he'd been too preoccupied to notice.

Madhu had jumped the signal and tried to avoid a pothole, when he collided onto the edge of the pavement to land with a thud, right at the cop’s waiting feet, complete with a small bump on the back of his head. He'd not worn the helmet because he hadn’t wanted to ruin the perfect hairstyle that Neha adored so much. Madhu noticed the gleam of greed in the policeman’s eyes, even before he picked himself up from the one-way street corner and dusted off his clothes.

But then, he was Madhu, the trickster, wasn’t he? Only a genius could have made the traffic policeman to part with 300 rupees after violating the signal rules, with that classic yarn of a hospitalized child…He was a gifted artist indeed.

Madhu’s chest swells with pride at the memory, until a flash of what happened afterward, assaults his mind. The half-smile dies on his lips and his chest constricts with…a fear he can neither put a name to nor describe.

That was when it had begun, the nightmare of the old man. 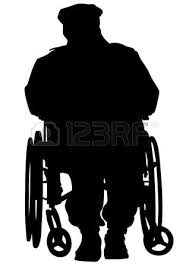 The old man in a pinstriped suit, a neatly trimmed snow-white beard, a black cap, and black leather shoes that gleamed on large feet, that rested squarely on the footrest of a wheelchair to boot.

He had appeared out of nowhere on the pavement, just as Madhu started his bike after conning the policeman. He looked Madhu in the eye, and never looked away. Oh those eyes, those eyes seemed to penetrate his very soul, even from across the street…

And then, the man had clapped. Slowly, surely and deliberately. Clap, Clap, Clap…the sound was loud enough to be heard, despite the honking noise of the traffic. It was beyond creepy, the way the man looked at Madhu as if he knew. Knew that Madhu had lied.

Since then, the man had begun to appear each time Madhu spoke a lie. The same suit, the same wheelchair, the same cap, the same shoes, the same goddamned eyes.

And the claps. The claps that undulated in a slow rhythm into his ears, to pierce his skull & reel inside his brain like a chilling symphony. Lies. Lies. Lies. Fifteen claps, every fucking time.

The most unsettling part was that no one cared! People went about their business like the man did not exist! No one gave him a second look, people just moved around the wheelchair and passed him, like having an aged person in a wheelchair in the unlikeliest of places, was the most natural thing in the world.

The loud cry of a child brings Madhu out of his reverie. He looks around, to find himself on the driveway of the restaurant he has just exited out of. As expected, the man on the wheelchair has disappeared.

Who is that man? Why does he appear as soon as Madhu utters a lie? Ah, it must be a conspiracy by his enemies. They must have hired the man to clap. Yes, that was it! The fifteen claps were nothing but a twisted ruse by his enemies to freak him out and get him to admit his deceits, maybe even elicit revenge in a distorted fashion for being wronged by his deceptions.

What is he going to do? How does he end this crap? That man..how does he stop him from driving him crazy?

Perhaps the old bastard would not appear if Madhu tries to tell the truth? No! That is impossible…he can’t possibly stop lying! Not now, after years of honing the skill to near perfection. But then, that man with his knowing eyes and his deliberate claps…

Madhu wipes off the perspiration that moves in a free flow, from the tangled hair glued to his forehead, down over his face.

What is he going to do? Madhu absently rubs the bump on the rear of his head to reduce the dull throbbing, while he deliberates his next move.

Posted by Chethana Ramesh at 03:28