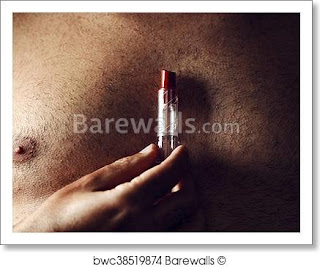 The first realization: I was different.

I was a kid, around 6-7 years old. I used to play with street friends, cousins and my sister. I was the only guy among all those girls, so what we played were girly stuff like cooking, 'dress your doll', makeup and all such games.

I didn't even know what games the boys played. I only played girly games because I kind of liked them and enjoyed them.

That's how my childhood passed.

The first crush: A guy.

After class 5th, I went to boarding school. Living with so many guys and new faces was difficult for me but later I felt okay, because I got used to it.

But the major part was the comfort level. I never felt good living with them till a point in class 8th, when I met a junior guy & I found him attractive. I guess he also felt the same about me. We had a kind of relationship, but we were too small to understand what was going on (or what we were doing).

Later, during my vacations I used to come home. I liked wearing girls' dresses, because that's what I used to do before joining boarding school. But at that time, I didn't realize that I was used to it. (We always feel something when we lose it or after a long break).

But now I was not a kid anymore. Wearing girls' dresses in 8-9th standard wasn't childish.

That junior guy in my hostel later turned out to be 'straight' (or bi). But I never felt any attraction towards a girl, ever.

I liked and wanted to be a girl. All my habits were (and still are) girlish.

At a later point in time, I joined college. Of course, no one at home knew about me, about the kind of life I was going through.

I belong to a small town, where people aren't that open minded. I had a lot of family pressure, I still do.

In the first year of college, being a good looking & smart guy, I was approached by many girls. They used to talk to me a lot, listen to me and generally play around with me. I enjoyed the attention and liked it because I was used to it. But there was never any attraction or relationship  between me and any girl.

At one point in time, I tried to conform to society norms and dated a girl. But that story lasted not more than 2.5 months, as she felt I did not take any interest in her but her clothes! I used to compliment her dresses, earrings, heels, etc. because that's all I ever notice and point out when I see a girl.

It was very lonely for some time when she left and no one was around to understand me. There was nobody with whom I could share my feelings.

It is absolutely difficult to find another guy like me, a gay guy, I mean. Obviously no one goes around with a signboard on their forehead that says 'I'm also gay'.

For many years I didn't even know I was gay. In fact I'm still confused.

What's the exact definition of 'gay'?

All I want is to be a girl. I just like being a girl. That's all I know.

Currently, in my whole life of 23 years, I have faced so much societal and familial pressure.  I'm the only male child in my family.

But with whom shall I share this part of my life?
IT'S DIFFICULT.

And, in future I don't know what I'm gonna do.

Taking small holidays away from home and living far from family won't work in the long term. I need to find a solution. Shifting to a foreign country may help. But I don't know.

I’m facing a lot of tension, day by day.
So many questions eat me up everyday.

What will happen to me, my life?
Should I share this to someone, what will one think if he/she knows about it?
What if my parents ask me to marry some girl one day?

In addition to this, I have the daily-life tension of hiding my ladies' lingerie (satin and lace) within my room, way from others’ eyes. Obviously, I can't leave them in the bathroom or dry them on the terrace under sunlight.

I’m worried about my future.
What will I do now? How will my future turn out?

It is a good thing that India is changing, people are changing, they are accepting this issue. But at the same time some societies are not that broad-minded, and I belong to latter one.
.
.
.
I can write more. But I think this is enough for now.

(As told to the author, compiled over a period of time.
Published by the author with only grammar and punctuation edits, to retain the voice of the person)

Posted by Chethana Ramesh at 02:08