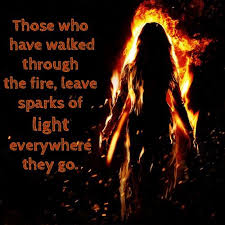 I had the honor and opportunity to host the session at the Write Club Bangalore Meetup this Saturday. The session went exceedingly well, even if I say so myself. My writer buddies, including the newbies, came up with some amazing stories, both humorous & heart-rending, that did justice to the material and prompts I'd provided for them.

Here is the material I prepared for the meetup, for all of you Write-Clubbers who couldn't make it to  the session, for those of you who need to break the Writer's block and for those who just love to write stories too.

The history behind the choice of my topic is simple. I have been glued to Dean Koontz's novels for the past two months. I totally revel in the kind of prose Koontz adapts, he is indeed the king of similes and metaphors. I am currently reading 'Seize the night' which is the sequel to 'Fear Nothing'. I love both the books, not only for the heebie-jeebie fests at every turn of the page and the killer suspense, but also for the knowledge I glean from the protagonist.

Now, there is a scene in 'Fear Nothing' where Christopher Snow, the protagonist is trapped inside a house that is set on fire. I do not want to spoil the suspense for those of you who are yet to read the book, so it would suffice to say that the four pages of mind-blowing description of Chris's angst, got me hooked to the idea of using 'Fire' as the topic of my hosting session at the Write Club.

In addition to the excerpts from Koontz's 'Fear Nothing', that I have included within the material, I have borrowed heavily from the post of the Death Author, E.B.Black, titled 'How to write about fire accurately' to do justice to the topic in question.

However, all the prompts that I have put up at the end of the writing material are products of my own hyperactive imagination. I hope they fire up your creative juices and inspire you writers to bring out some blazing stories.

So, set your page on fire, writers. Happy writing! 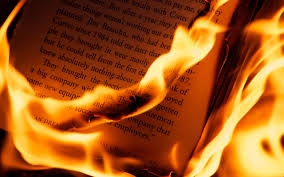 Writing about the elements can be a challenge, even for people who have had first-hand experience with the same. Fire is one of the areas misrepresented in fiction, most of the time.

There are a bunch of myths that need to be busted, before a writer can portray a fire or events relating to a fire with accuracy.

Myth 1: The only danger of being trapped in a house fire is of being burned to death:

Although this might seem to be the case in books and on TV, a majority of people die of asphyxiation from lack of oxygen, than by burns. Smoke and toxic gases kill more people than flames do. Fire produces poisonous gases that cause disorientation and drowsiness. Asphyxiation is the leading cause of fire deaths, exceeding burns by a three-to-one ratio.

Note: If you want your protagonist to escape alive, ensure that he crawls low under any smoke, to the exit because heavy smoke and poisonous gases collect first along the ceiling.

Downward I plunged, toward the only hope of nourishing air. Each inhalation caused a spasm of coughing, increased my suffocation and fed my panic. I held my breath till I reached the foyer, dropped to my knees, stretched out on the floor & discovered that I could breathe. I squirmed across the room digging my elbows into the carpet, ricocheting off furniture until I cracked my head solidly against the raised brick hearth of the fireplace. (‘Fear Nothing’, Dean Koontz)

It seemed absurd to me that I couldn’t find my way out of this place. This wasn’t a mansion for God’s sake, not a castle, merely a modest house…(‘Fear Nothing’, Dean Koontz)

The smoke didn’t just choke or block my view with a wall of white. It seared my throat and closed my airways until I wondered if I could breathe long enough to get through it. My throat hurt for a good day afterward.

Myth 2 : You can save someone from a fire by running into it :

No, that would be a foolhardy thing to do. Not only are there dangers of asphyxiation, falling debris, suffocation from the heat even if one never encounters the flame, but there’s also the fact that one can see nothing. Fire starts bright, but quickly produces black smoke too thick to see through and irritates the eyes, resulting in complete darkness.

Note: Rescuing a pet from a fire is not easy. They may fight and bite rescuers in the panic (unlike on TV).

Coughing, choking, struggling to breathe, I reversed directions hoping to escape through the second floor window. Through smoke-stung eyes, flooded with tears, through the pall of smoke itself, I saw a throbbing light above. Yet, there was no advantage of glimpsing the reflected fire; I wasn’t able to tell if the flames were inches away from me, whether they were burning toward or away from me, so the light increased my anxiety without providing guidance. (‘Fear Nothing’, Dean Koontz)

Myth 3: During a house fire, the whole house usually burns down:

House fires usually occur only in one room and they are put out before they get too far. Fires don’t generally spread too fast unless there is an accelerant causing them to do so, in which case it takes less than 30 seconds for a small flame to turn into a major fire & only a few minutes for thick black smoke to fill a house, or for it to be engulfed in flames. Also, cement, certain metals and bricks can’t burn.

Note: Writing about a whole house burning down with nothing left but ash, is not realistic.
Either I was suffering from worse effects of smoke inhalation than I realized, including a distorted perception of time, or the fire was spreading with unusual swiftness. The arsonists had probably used an accelerant, maybe gasoline. (‘Fear Nothing’, Dean Koontz)

Myth 4: You have to touch a fire to be burned:

This is untrue. The heat of a fire is enough to injure a person seriously. If the characters in your story are near to lava or something huge burning down, they may feel the heat and have ashes raining down on them. Heat is more threatening than flames. Room temperatures in a fire can be 100 degrees at floor level and rise to 600 degrees at eye level. Inhaling this super-hot air scorches the lungs and melts clothes to the skin.

Note: Your protagonist is smart, if during a house fire, she feels the doorknob and door, before she opens it.If either is hot, or if here is smoke coming around the door, she leaves the door closed and tries to find another way out. If she does open the door, she opens it slowly and is ready to close it at once, if there is smoke or fire present on the other side.

If the character in your story can't get out, she could close the door and cover the vents/cracks around the doors with cloth or tape to keep the smoke out, before she signals out of a window or calls the fire department for help.

Myth 5: Firemen always rush into a house at once to save the people inside:

This is not always the case. They do help if someone is hanging out of a window, but the probability of searching for people trapped inside maybe low. Although this may sound heartless to someone who doesn’t understand the logistics of the same, one must remember that it does not make sense for firemen to enter an empty house to risk their lives. Besides,  there is usually bound to be utter confusion about how many people were inside the house when the fire started. Thereby, firemen normally douse the flames and then search for survivors or bodies afterwards.

Note: If your character’s clothes catch fire in your story, he needs to stop at once, drop to the ground, cover his face with his hands and then roll over & over, or back and forth, until the fire is out. If he is rescuing someone else, he can smother the flames with a blanket or towel and use cool water to treat the burns immediately for 3 to 5 minutes.

Posted by Chethana Ramesh at 04:31