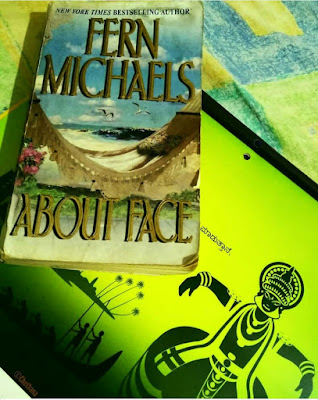 Casey Edwards, a girl with a lost memory.
Evie, Casey's mother, who neglects her.
Dr.Blake Hunter, who falls in love with Casey.
Ronnie, a cruel step-brother who sexually abuses Casey.

The last book of Michaels, ‘Pretty Woman’ was very different. It was about relationships, of feelings, despair, atonement, change , strength and finally a phoenix-like resurrection.

Perhaps this gave me a sense of what to expect in her next novel and I was shocked out of my cocoon of expectations. This one is a thriller, a psychological one no less.

A girl with no memory of her past is found wandering the streets of Sweetwater, Georgia and taken home by a doctor who happens to be passing by. There begins the unraveling of the suspense of her short life-history, that involves gruesome murders, brutal abuse, heartless neglect and suppressed horrors for Casey. And there are people who do not want her to retrieve the memories, someone close to her and dangerous beyond imagination. How Casey manages to face her terrors and unravels the mysteries, while trying not to lose her mind and stay alive at the same time, forms the crux of the story.

Casey constant struggles with endless questions about herself, tugs at the reader’s heartstrings. The angst and confusion of a girl with no memory of her own life is captured well. The terror of a nine-year-old child, subjected to sexual and physical abuse, and the long-lasting repercussions of such abuse is heart-wrenching.

Dr. Blake Hunter, as Casey’s love interest is perfectly adorable, especially since most of the other characters are painted with grey or dark shades.

The suspense is unbearable, to a point that borders on annoyance. There are places however, that one cannot help feeling like the obvious questions have been left unasked or unanswered by the characters, only to heighten the suspense for the reader, and that doesn’t ring true from the character’s point of view.

There is a scene in which the Casey does not ask the doctor the obvious questions that anyone in her place would have asked. But if one were to ignore these crucial observations, the book does keep one turning pages to get to the end.

And yes, there are some critical errors in the editing of the prose, the main one being where the name of Casey’s mother Evie, is mistyped as Casey, in the scene when Evie recalls her humiliation in college. However, one can barely blame the author for the lapses of the editors.

Evie’s character is intriguing. Although her behavior is conveniently explained as dark psychosis induced by her past, it still fails to divulge the explanation for her obscure relationship with her daughter. This is one of the reasons why the reader is left with a sense of incompleteness, with unanswered questions even after putting down the book. There are a few loose threads that fail to be tied up neatly, at the end of the story.

The main quibble I had with this book is the sheer number of psychos in it. Every other character turns out to be ‘specially-abled’ in the head, a rather too convenient method, to explain away several odd situations. Too many psychos spoil the credibility of the suspense!

And although, the reader has already guessed the core answers to the puzzles of Casey’s past life, long before the end of the novel, the action that accompanies the unveiling of the answers undermines the predictability of the same.

Overall, a good read for thriller lovers, who like to keep turning pages looking for more mystery, with an ample amount of psychosis thrown in.

Echoes of the wounded waited in the ongoing war to survive.

We never know as much as we think about people, even those we are closest to.

Life was good then. She’d had hopes, dreams and expectations.As she got older, she learned not to have expectations. That way, she knew she’d never be disappointed.

They say there is a moment in a man’s life, when he knows he’s met the right woman, the one who makes his heart stand still, the one who takes him to heights of passion he only imagines, the one who holds his heart in her hand. Right then, Blake knew Casey was that woman.

Posted by Chethana Ramesh at 09:39