The plots of rebirth stories can be very compelling because they contain protagonists who are unlikeable, but may come good in the end. This could be because the main character is hurt or damaged and has allowed that feeling to consume everything that is good about them. They are not meant to be liked or sympathized by readers at first, but there maybe a redemptive revelation that may (or may not) allow them to undergo a rebirth. 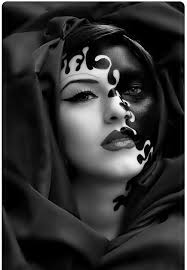 This is the perfect chance. Its now or never.

The woman is looking the other way. I glance at my watch fervently. I have very little time left. I should’ve grabbed the stash by now…

‘How long does it take for the cream to work?’ she asks innocently. What a moron she is.

‘Aunty, it only takes two weeks for your skin to start glowing like a teenager’s…,’ I reply with practiced enthusiasm, even as I eye the lustrous stones around her fingers and neck. My mind has already begun a furious calculation the net worth of her jewelry. God, this woman is worth a few millions when she’s adorned with all this jazz…

She uses her right hand to rub the white stuff vigorously over her worn out, wrinkled cheeks. I look at my watch, impatient for the ‘magic’ to happen. What’s taking the damn thing so long to work?

Maybe she isn’t inhaling enough of the stuff to make her woozy…I’m running out of time!

Her husband is due to return from the washroom any minute now…I feel the all-too-familiar rush of adrenaline shoot through my system, as I snatch the perfumed vial from her wobbly fingers.

‘Here aunty, let me help you with that…see these wrinkles here? I’ll show you how to make them disappear,’ I say, quickly scooping a generous amount of cream from the bottle and massaging it around the area above her lips.

‘Close your eyes and just inhale the soothing scents, aunty,’ I coo to her, like a mother would to her infant. ‘There, that feels good, doesn’t it?’

Her lids close, partly at first and then fully, as the languor takes over her senses. I have already begun to remove the tools of my trade, out of my duffel bag.

A few snaps here and a couple of tugs there. I’m done. Aunty is now relieved of at least thirty lakhs worth of diamonds. I hear the flush from within the rest room as I close the door softly behind me.

My hoodie covers my hair and my Ray-Bans shade my eyes & most of my face. I walk casually but purposefully through the corridor, until I’m out of the range of the prying CCTvs. I begin to run down three flights of stairs when I reach the fire escape. I'm panting when I arrive at the side exit of the hotel, on the ground floor. A member of the housekeeping staff eyes me curiously, as he runs his mop to and fro on the spotless floor. I ignore him and dash out the door to the waiting cab.

Back in my opulent room two hours later, in my very different original avatar, I relax to marvel at the genius that is me. I’m neither worried of the so-called long arms of the law finding me, nor do I harbor any feelings of guilt, whatsoever, of the fact that fat ol’ Aunty had lost more than just her jewelry today. She’ll need a highly qualified dermatologist for the rest of her life to rid her of the rashes and resultant darkening of her already damaged skin. How livid the foolish goat would have been when she woke up to an itchy face, a few shades darker to boot…! Would she curse me to the legions of hell and back, or what?

The vision makes me smile. 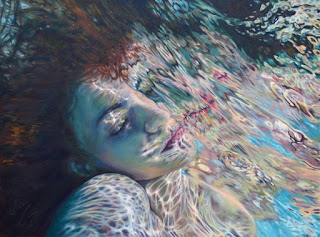 How easy, how incredibly easy it is, to fool women into the belief that they are not enough...!

That they are not slim enough. Not curvy enough, not fair enough, not sexy enough. Nothing is ever enough, is it? You could have more money and power than you'll ever need in this world and yet, would it ever be enough?

Once you plant that notion into their thick heads, no amount of warning or cajoling suffices to convince them to be careful of swindlers. They still choose to fret over perceived imperfections and continue to imagine the dire repercussions of the same.

It is this insecurity that masterminds like me love to prey on. My creams and lotions are nothing but varied doses of inhalation-sedation drugs that I have cleverly incorporated into random beauty products already available in the marketplace. The difference is that I buy them at a rather large discount from the wholesale dealers, only because they have expired long ago and hence useless to them.  Old creams in fancy new bottles that knock you out for a few hours, with no recollection of what occurred before you dozed off… ingenious, even if I say so myself.

And, who am I? No one knows. Not the police, not even my closest buddies. They don’t even know my gender…you see, I’m not just the master (or mistress) of disguises, I’m a cool mimicry artist too. 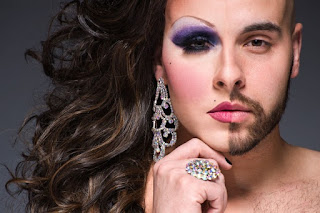 My victims have sworn by my appearances, each as varied as the sun and the moon. My famed looks range from a gorgeous young starlet, soft-spoken housewife, tall grad student, short pot-bellied man, bearded stranger, and even a corporate executive. There have been some instances where I have nonchalantly walked out of the venues of my quarries, decked in some of the very jewelry I yanked off their gross bodies or ‘impenetrable’ safes.

I had a whale of a time for almost two and a half years when my modus operandi had the hapless police scour for an organized gang of thugs, who they believed to operate throughout the state.

They should have seen it a lot sooner, given that I’m narcissistic enough to leave ample clues for them to find. I strongly believed that they were truly a bunch of morons of the highest order, but then, they finally managed to zero in on the fact that I follow too many similar patterns to be so many different people.

It’s always the patterns we unconsciously follow, that usually give us away. Just like on social media, especially on Twitter. A careful observation of the obvious, coupled with powerful instinctive insights is all that one needs, to realize that all those different handles are multiple accounts belonging to one and the same person…and they say only thieves wear masks. Is there a dearth of ironies in our society?

Perhaps it is this knowledge that has made me stick to only one handle on Twitter. And there, I use my real name and gender too. After all, social media does offer an equal outlet for the anonymous to be themselves too. 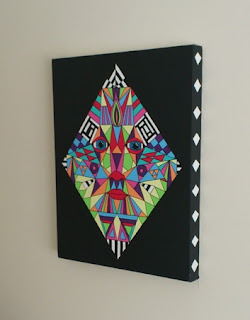 The media has given me several monikers in their reporting frenzy. ‘The hooded monster’, ‘Hoodie-ghost’ and ‘Skin-killer’ are only a few interesting ones. None of them give me due credit, anyways. My favorite one is what The Times lent me: ‘Diamond demon’. Yes, I do have a shining soft corner for gleaming hard stones.

It gives me immense pleasure to follow the outrage against the #DiamondDemon on social media, every time I escape with a new booty.

It’s been a fulfilling four years now, this career. You may call me a common thief, if you please. I choose to call myself a genius. I love stealing. I especially love fleecing loaded, obese women, particularly those braggart bitches, who shamelessly flaunt the unscrupulously amassed wealth of their besotted husbands. There have been a few male victims too, although I  target a specific type most of the time.

Yes, I have a strong abhorrence for rich, fat women. Wasn’t it one such slut that seduced my dad, more with her spouse’s money than with her looks…? If dad hadn’t deserted mom to elope with that female all those years ago, we would still have been a happy family…

I love my job, not because it gives me, a mere 32 year old, access to all this luxury, oh no. Not just because I absolutely revel in the whole process of sourcing out the females and meticulously planning the heist, down to the last minute detail. Not even because it gives me an irrepressible high, every time I get away with it.

I love this profession because it allows me to fund my mom’s dream: The NGO for cancer victims that she set up, just before an ironic twist of fate made her succumb to the very disease she tried to save people from.

I smile again, as I transfer the monthly anonymous online donation to the NGO, named after mom. I take another sip of steaming black coffee, as I begin a fresh hunt for my next source of funds, my 57th quarry.