Book Review: 'The Catcher in the Rye', by J.D.Salinger. 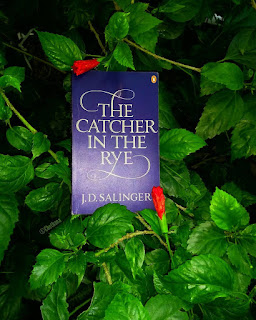 Salinger meant this book for adults. Small wonder then, that it was a super-hit with teenagers.

Holden Caulfield is not your average teenager. He's beyond average in intelligence, highly disinterested in studies and endears himself to readers, despite his rather disgusting behavior. The heart of gold is firmly in its place, though and it is more apparent as the story unravels. One feels sorry for the poor little rich kid, desperately lost in his intense loneliness, in his pathetic attempts to find his place in the 'phony' universe.

One also finds rings of truth in his intense musings about life in general & people in particular. Holden's unbiased critique of the large cross-section of society strikes a chord, while his angst tugs at heartstrings. The lack of moral or emotional support for the teenager who is obviously in need of help. Holden's friendless isolation in a world full of people is palpable.

The story begins with frustrating the reader, and goes on to leave the reader more frustrated at the end.

This classic sold a million copies a year and for good reason. Unapologetic in it's language and demeanor, this is one mean story that let's you in on the workings of the male teenaged mind. .

I'm quite illiterate, but I read a lot.

What really knocks me out is a book that,
when you're all done reading it, you wish the author that wrote it was a terrific friend of yours and you could call him up on the phone whenever you felt like it.

I am always saying "Glad to've met you" to somebody I'm not at all glad I met. If you want to stay alive, you have to say that stuff, though.

It's funny. All you have to do is say something nobody understands & they'll do practically anything you want them to.

People always clap for the wrong reasons.
People never notice anything.
People are always ruining things for you.

Almost every time somebody gives me a present, it ends up making me sad.

When you're not looking, somebody'll sneak up & write "Fuck you" right under your nose.

If you had a million years to do it in, you couldn't rub out even half the "Fuck you" signs in the world.