Theme : Dry Humor.
Deadpan, dry humor or dry wit describes the deliberate display of a lack of or no emotion, commonly as a form of comedic delivery to contrast with the ridiculousness of the subject matter. The delivery is meant to be blunt, ironic, laconic, or apparently unintentional.
This story is a modern day adaptation of a well-known fairy tale, albeit in a highly transformed presentation.
There is a deliberate attempt to mock some of the most common quirks of society, as well as some skewed perceptions of people, in general. I believe that dry humor is the best way to come up with ways to bring about a change, no matter how infinitesimal, in the way society thinks and functions, especially in fiction.
Note: I coined the word 'Dwarfette' for this tale. It somehow seemed more apt than the term 'Female Dwarf' or 'Lady Dwarf'.

Dark Fright and the seven Dwarfettes.

She was sexy. Not just nice-figure sexy. Oh, that is just so cliché. She was the whole package of sheer, raw sensuality and loads of ooommph rolled into one. Her voice was as rich and languid, as pure dark chocolate, darker than…well my skin, perhaps.
And damn, she was fair. Not fair, as in, you know what the south Indians call 'milky-white', as-white-as-milk fair? No, she was a medium shade of fair, what they describe as ‘wheatish’ in the matrimonial con ads. Did you know that ‘wheatish’ was not even a word in the oxford dictionary, until very recently? Poor brown-colored Indians, usually get fucked in more ways than one.
Anyways, this is a story you would have read in your fairy tale books as a child. However, in my version, fate decided to twist it according to her pathetic whims and add some spice in the end too. Yes, given the way she thinks, fate is definitely a woman…but let’s not go there. That’s another story for another day.
Nonetheless, this Goddess I spied from across the vast expanse of the stage was exquisite, not only in her acting prowess but also…well, everything else.
And I wasn’t the only one swooning over her beauty out here. Oh no. I probably have only another two hundred thousand dudes around the country competing with me, for her to know about our existence on the planet.
‘Ain’t she gorgeous, Fright?’ The raspy voice startled me. I turned towards it, turned down rather. I had to crane my neck downwards, because the owner of the voice was only two feet tall.
‘Yeah, she is, Khushi,’ I replied.
And yes, you heard that right, my name is indeed Fright. Or that’s what I’m popularly known as. Well, I am tall dark and handsome...well not really handsome in the true sense of the word…but I suppose I might look rather nice from certain angles with the right lighting.
I only earned my nickname Fright after I managed to pour boiling oil over the side of my face, over my cheeks and the side of my neck when I was 22. That’s when I began to appear scary to random people who don’t know that I am one of the most soft-spoken men you’d ever come across.
Strange as it sounds, I have never minded people calling me Fright. In fact, I am now a proud junior artist who is always chosen first to play the villain in most plays across the state. Even though I currently live in the same building as many other artists from all over the country and have painstakingly moved up the ranks from a mere extra, to junior artist, it only takes one look at my face for people to maintain a safe distance from me. Except the dwarfettes.
Yeah you heard that right too. Seven dwarfettes in all, live in the floor above my dingy one room flat in Ullas vihar apartment in Shivajinagar. And they were here only because the woman who held my marvelous attention is a hardcore feminist in real life. A man-hater that she is, she absolutely refused to work with men, not even dwarfs…this, even though she shared zero space with them on the stage.
A light snore that I barely noticed brought a semblance of rhythm that matched the pace of my racing heart.  Nidradevi was fast asleep on a chair, in the far corner of the stage. The applause reverberated across the auditorium. Nidra woke with a start, turned towards the stage where Mohini Kumari was bowing her elegant head towards the audience, with that divine smile plastered across her face.
‘Ahh, why do people have to clap so hard? A woman can’t even catch a few forty winks in peace here,’ Nidra yawned before settling deeper into the chair and closing her eyes again.
If only I could get closer to Mohini…I thought frantically.
‘What are you gaping at?’ Another voice spoke up beside me. I jumped again before looking down at Krodha. As usual, she wore the eternal grumpy expression on her face.
‘Don’t worry, Frighty, you will be able to get an autograph from her if you hang around the auditorium for another week or so…’ Buddurani chimed in. ‘You can then take a snap of it and post it proudly on Facebook too! You would get a 100 likes and make everyone black with jealousy!’ She continued, clapping her hands delightfully at her smashing idea. No one even knows her real name. We all call her BR, for short.
‘If you’d applied Fair-&-Lovely lotion thrice a day on your face and rubbed Mederma cream over the scars five times a day and washed yourself with multaani-mitti paste twice a day, as I had prescribed for you last year, your skin would have shone like the moon by now,’ chided Vaidya from the other corner, ‘You would have married Mohini and had seven fair kids…’ Her voice trailed off when she saw the distressed look of guilt on my face.
‘No, he wouldn’t. Nothing is ever going to work for him in his sorry life, definitely not a romance,’ the wistful voice of Udaasi spoke up in almost a whisper, tears glistening in her eyes.
The dwarfettes had entered the stuffy space on the backstage, silently behind Krodha. 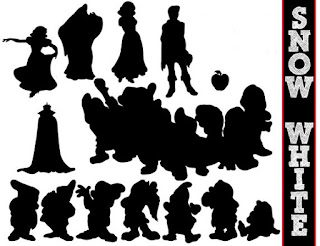 Now, you may be wondering what a bunch of dwarfettes were upto in the semi-darkness, on the backstage of the Ravindra Kalakshetra auditorium, on a bright and cheerful Wednesday morning.
Well they were here to play lead roles in the play ‘Snow white and the 7 dwarfs’, which had a grand opening last Friday morning.
And Mohini Kumari was the evil stepmother, no less. So, what was I doing here? No, nothing as fancy as playing a part in the mega event of the week. In fact, I had to beg Khushi to allow me to give her a ride to the auditorium, so that I could get a glimpse of my idol, Mohini. And I was even more convinced that Mohini is indeed far more gorgeous than that gangly woman who plays the role of Snow white.
‘Krodha, will you please introduce me to her? Please…’ I almost begged the dwarfette who stood next to me.
Unfortunately, Mohini was apparently fond of only this dwarfette and Krodha never let go of an opportunity to torture me with this power.
‘Haha, we don’t wanna lose our vamp of the play so soon, frightful fellow,’ Krodha sneered before turning her back on me to prepare for her entry on the stage, along with the six other ladies.

***
‘Aaaackshiiii!’ The sneeze was massive.
‘Oh fuck, you ruined it now,’ I scolded Achoota. She could never control her sneezes that always had the prudent quality of erupting at the worst possible moments.
Mohini stepped out of her chamber and spotted the sneezing woman huddling outside her door.  It had taken me a bribe of two rounds of Kingfisher to convince dwarfettes Achoota & Shamilee to accompany me to Mohini’s chamber in the Kalakshetra after her rehearsals were over. But then, true to her name, Sharmilee had hidden behind the huge velvet blue screens even before we had come halfway to our destination.
So now, here I was, standing a mere two feet to the left of a sneezing female, who was wiping her nose with a tissue, unaware of Mohini peering down at her in the semidarkness. And then, to my chagrin, Achoota just turned on her heel and plodded back the way we had come, still clutching her nose in a dismal attempt to curb her sneezes.
All the words I had rehearsed flew right out of my brain.
Maam, I am you fan, please may I have a selfie with you?
I had rehearsed this line for almost two hours yesterday. The same man who effortlessly spouted pages of villainous dialogues on stage in front of a packed audience, stood tongue-tied now.
Mohini didn’t even look at me. She didn’t notice me at all. Perhaps I blended so well in the darkness that I was invisible.
Click! One second I was staring gob-smacked at the most beautiful creature I had ever seen in my life and the next minute, I was gaping at a closed door. She had shut the door on my invisible face.

***
‘Eeeeeek!’ She let out a high-pitched shriek of panic and fear.
I stood absolutely still, in elation. She had looked at me at last. Yeah, I finally got her attention, her complete attention. Better still, I even had a live video capturing this moment into eternity for me. Yeah, the dwarfettes were ready, aimed with their camera phones to capture Dark Fright and Mohini Kumari in one single frame.
Well, I know you were looking for a perfect romance in my love story but hey, lets get real here, shall we?
Life ain’t the fairy tale that you are made to believe it is. And no one knows this better than me. Which is why, I decided that I might as well meet the woman of my dreams doing what I do best: Scaring the living daylights out of her. I succeeded, and how!
She turned on her heel and rushed out of the side exit where she had appeared from. I became aware of my inhalation coming in short gasps and realized that I had been holding my breath all this while.
I turned to face the seven little women who emerged from their various hiding places from behind the seats and curtains. We had taken the prerogative to ensure that the power-lights had been switched on and aimed at the perfect angle to capture the best moment of my life.
A broad grin lit up my shadowy face even as I exchanged a high-five with Khushi and received a withering scoff from Krodha. Vaidya was busy writing out a prescription for God-knows-who and didn’t even look up at me. Udaasi refused to meet my eyes because she tried to hide her tears from me. She was probably crying because her video was grainy or maybe because she knew that I would never get Mohini in this lifetime.
I followed a blushing Sharmilee out of the exit, even as  a volley of sneezes from Achoota woke up a very annoyed Nidradevi, who had of course, fallen asleep at her station behind the curtain.
The sun had left an orange glow over purple clouds as a tall dark man sporting a scarred face, with seven tiny women trudging in single file were silhouetted against the sky, as they made their way towards a cab awaiting them on JC road.

Posted by Chethana Ramesh at 01:09