Theme: In the end…

What drives us? More often than not, the answer falls under the ambit of ‘a zest to complete a quest’. The eternal mysteries of the unknown beyond, spurn explorations, thus making life interesting and involving.
Thus, we are perhaps at our imaginative best when there is no conclusion, especially since the gross realities of life offer none. Authors who pen inconclusive stories engage the readers at an individual level, pushing them to ponder new dimensions to enhance creativity, based on their individual personalities.
This is a story with an inconclusive end that allows readers to conclude whatever seems obvious or comfortable to them.
***
Escape? 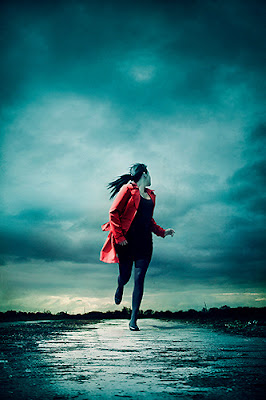